What is RH Negative and What Does It Mean Spiritually? 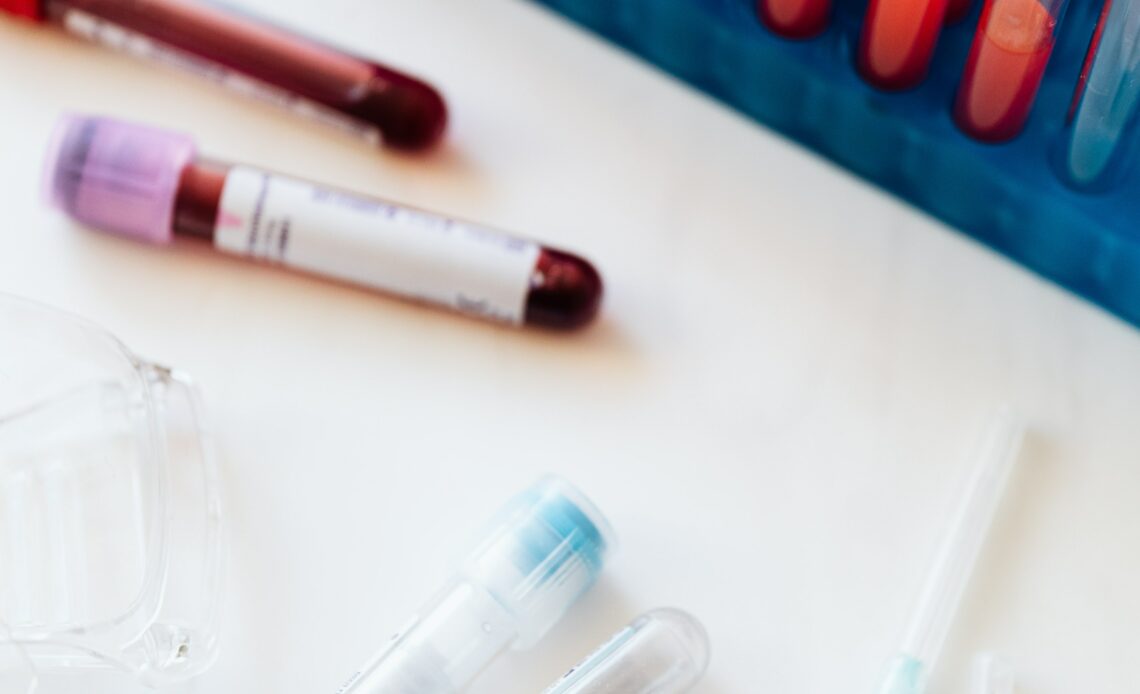 The Rhesus factor is a genetically transmitted protein. It is found on the exterior part of red blood cells. The existence of the protein was discovered in 1937 by Karl Landsteiner and Alexander Weiner. Named after the Rhesus monkey, this protein is called the D antigen. So, when Landsteiner and Weiner discovered the existence of the RH factor, it doubled the 4 blood types scientists knew about. What it means is simply this: A+ have the protein and are thus RH positive. Those who are A- are RH negative. The same applies to the rest of the types i.e. O, AB, and B.

The scientists, awarded the Nobel Prize, were researching the cause of deaths in children. It also solved the age-old mystery of why some patients died immediately after blood transfusions. Their studies led to a solution made from human blood, that is given to expectant mothers with RH negative blood and a RH positive baby. This is done because the RH negative rejects the RH positive blood. So, when a RH positive fetus is born to a RH negative mother, the mother’s body starts producing antibodies. This is because the RH negative blood recognizes the RH positive blood as alien to the body and seeks to destroy it, leading to high mortality rates. The mother is usually given a shot during her pregnancy and after her delivery when blood incompatibility is found.

Except for pregnancy related issues, the RH negative group doesn’t seem to have any medical issues related to their blood. If anything, they seem to be much more resistant to viruses and infections compared to those who are RH positive. According to researchers who are interested in what is RH negative and what it means spiritually, this is significant. They postulate that the increased protection from many kinds of disorders and diseases is proof that it is a more spiritually aware blood type. There is also the interesting fact about the Basque people being predominantly RH negative (35%) while in continents like Asia it is negligible (1%). Scientists do not understand yet where this bloodline started.

Another question most have is why the body of a RH negative mother behave as if its RH positive child is a different species? This is never seen occurring naturally in nature. So why do some humans experience this?

Blood Types and their meanings

Human psychology is a question that has interested people for eons. To understand better the people around them, throughout history, we have always classified people. Connected to these classifications were the explanations to how people of a particular classification behave generally.

However, this is not only an old practice. Even today, Ketsueki Gata is well known and is often used as part of a compatibility checklist. In fact, many popstars also mention their blood types, to help give fans another way of understanding them.

Though western scientists haven’t found any such links, there is however a correlation between certain diseases and blood types. Some blood types are more prone to developing certain cancers, while others might be predisposed to heart diseases and other issues.

So what are the different types? Let’s run them down. Mind you, this doesn’t just include the mystical meanings associated with the RH positive blood types. These also relate to the RH negative and what it means spiritually.

People with the Rhesus factor negative, are reported as having striking Extra Sensory Perceptions. Many declare that psychic powers, intuitive capacities, are commonly pronounced in people with RH negative blood. Nick Redfern in his book ‘Bloodline of the Gods’, writes that those with this missing protein are incredibly different from the rest of the population. He maintains that such people are physically, mentally, spiritually, and even psychically different from those who are RH positive. He also mentions that they exhibit these capacities from childhood itself. According to Redfern, RH negative and what it means spiritually is simple: this group of people is a highly perceptive, and perhaps advanced group. He thinks that these people can be traced back to the great beings we called Gods and demigods in the ancient times.

There are reports as well, of negative blood types routinely experiencing UFO visitations and abductions. Add to that the RH negative type, and we see that this group has unusually high reports of such bizarre experiences. Since there is a lack of research in the field, it is difficult to pinpoint why and how this happens. However, it is fairly noticeable that there is indeed a link between blood type, the Rhesus factor, and Alien sightings.

Other phenomenon includes matters related to the idea of ‘synchronicity’. The term coined by psychologist Carl Jung, these are meaningful coincidences that occur without any obvious or discernible link. People who are RH negative type report such occurrences fairly frequently.

The writer and researcher, Roberta Ruth Hill postulates that the missing protein makes it easier for electromagnetic waves to pass through. Meaning, it becomes easier for them to exhibit psychic abilities. According to her, it is also possible that people who are RH positive but show such abilities might have a weakened protein.

Scientists as yet have not found where this type cropped up from. Interestingly, the Basque people who have the highest concentration of this blood type, have a totally different script and have always confused anthropologists. It is however, accepted that the blood came from another species. Many believe that this could be ancient aliens who either planted humans on earth, or simply, genetically altered human DNA. To them, this also offers a plausible explanation as to why the RH negative type is prone to Alien visitations.

It is said that the blood type of most presidents, and people in powerful positions is Negative. The British royal family is also known to be higher in the negative group. Considering how the RH negative factor is a very small portion of the general population of the world, this assembling is interesting. Those in the power circles are more often than not, of a negative blood type.

There is a lot of speculation about Rh negative and what it means spiritually and scientifically. Scientists are still flummoxed as to why it came into being in the first place. The historical and biological roots of both the Basque culture and RH negative blood is unknown.

There are reports of amazing abilities within the group not found in the positive group. However, Rh negative and what it means spiritually is a question of what feels right to you. Ancient aliens or Royal blood, whatever it may be, it is certainly a very interesting field for research.

Moreover, most people with the blood type seem to intrinsically understand what they are, even if they are misunderstood by the world. So what is the RH negative and what it means spiritually for you? Listen to your gut. You are a child of the universe, a star seed. If you learn to listen to your intuition more than what other people tell you, you will flourish.