What Does Egypt Represent Spiritually? 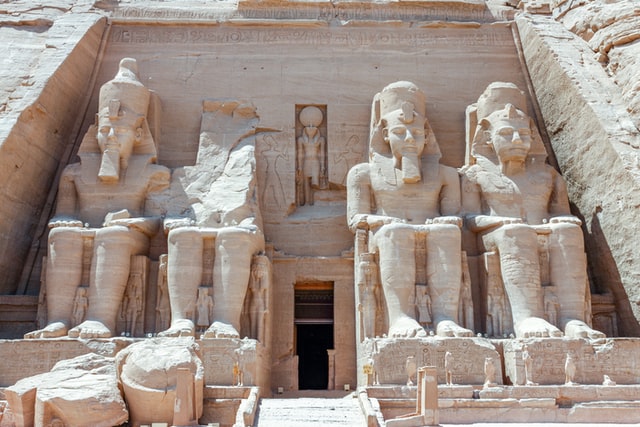 Egyptians have, throughout history, closely associated different aspects of their life with religion and spirituality. From Greek and Roman accounts of ancient Egyptian traditions, to surviving texts, a lot has been uncovered about spirituality in Egypt. If you’ve been wondering what does Egypt represent spiritually, then you’ve come to the right place.

The ancient Egyptians were polytheistic. This means that they believed in multiple deities, who together control the forces of nature that left the Egyptians in awe. Life was seen as cyclical, and centered around the concept of ‘Ma’at’. Roughly, this translates into truth or justice.

It was believed that the people needed to follow the principles of truth and justice, so that the world can stay in order. From time to time, events would happen that threaten this Ma’at. But when those times do come, it is the job of the people to restore balance in the world again.

The Egyptians and Spirituality

The Egyptians were highly spiritual, with many facets of their live being governed by religion and spirituality. Many made daily offerings to deities, and celebrated large festivals dedicated to Gods and Godesses, from time to time.

This concept of cycles also applies to how they viewed the day. According to Egyptian beliefs, the God Atum made has way across the sky from the morning to the night. This was what allowed the light from the Sun God Ra to grace the Earth. The Egyptians believed that as long as the cycles of day and night continued as was normal, their way of life would continue as well.

Egyptians practiced spirituality in all aspects of their lives. They believed that in order to have a good reception in the Hall of Truth, in the afterlife, it was essential for them to lead good lives.

If you’ve been wondering what does Egypt represent spiritually, then the answer is a lot. The Egyptians held religion and faith close to their hearts through their days, miring all their activities with religious rites and prayers.

The Pharaoh as the Connection Between the People and the Divine

Egyptian society was divided into classes, with the royalty and nobility holding the highest status and reputation in society. The Pharaoh was seen as the most important person in the land, who had the all-important role of sustaining the Gods.

It was believed that the Pharaoh was associated with Horus, and later the God Atum as well. The God Horus was the child of Osiris and Isis, the Lord of Death, and the Goddess of Fertility, respectively. Their son, Horus, was also the first King. Through his association with the God Horus, the Pharaoh was believed to have held a connection between the people and the divine.

Pharaohs also often adorned wigs fashioned in the form of dreadlocks. This was meant to inspire awe, but dreadlocks have also long since been associated with spirituality. The Pharaoh had to perform his duties to the divine by regularly partaking in rituals, and ensuring the smooth functioning of the temples.

In ancient Egypt, the temples were not places common people could go to worship. These were sacred grounds chosen by the high priests after receiving direct word from the deities. Temples constructed at those locations were then carefully maintained, and all the ritualistic needs tended to.

The Pharaoh was also often mummified after death, a privilege that many of the common people couldn’t afford. The process of mummification is related to the Egyptian concept of the soul, as well as the afterlife.

Egyptian Spirituality and the Afterlife

The Egyptians believed in life after death, and this concept played a huge role in the lives they lived daily. Much of their effort was put into ensuring that they were welcomed by the Lord of Death Osiris, into the Hall of Truth. This was the Egyptian version of heaven, were the soul could go to remain immortal.

But the Egyptians also remembered to take care to prepare for the afterlife. This was to ensure that they could avoid their second death. The Egyptians believed that dying in the afterlife leads to a permanent death. To avoid this, they performed regular rituals on the memory of the deceased, and made offerings to the dearly departed.

Ideas on how to avoid a second death in the afterlife were also provided in The Egyptian Book of the Dead. It was believed that after death, the soul would have to face the God Anubis.

Anubis would ask to measure the soul of the person against a feather. If the soul was heavier than the feather, then Anubis would eat that soul and the soul would not be able to enter the afterlife. However, it the soul was lighter, then it could enter the Hall of Truth, where it would be greeted by the Osiris, the Lord of Death. The soul would then go on to be immortal in that world, free from all wordly pains and desires.

What does Egypt represent spiritually is also that life and the afterlife follow a cyclical pattern. Life had to end for the afterlife to begin. The Egyptians would regularly lay out food offerings to the deceased, and tombs have been found where the deceased were left with many of the artefacts they loved during their lives.

The Egyptian Concept of the Soul

Egyptians believed that the soul was divided into five segments. These were:

Of these, the Ba and Ka were the most important when it came to spirituality. The Ba was an essence that was individual to each person. The Ba represented all those parts of life that made each person unique, such as their likes and dislikes, personality etc. The Egyptians thought that when a person died, their Ba and Ka survived.

The Ka is the eternal soul, or that part of the soul that continues on into the afterlife. When a person dies, the Ka leaves the body, but the Ba stays behind. This is why the Egyptians performed spiritual rituals to ensure that the Ba was not left behind. The Ba, the Egyptians thought, had to be fed. So they left out food offerings for the deceased. The Ba would leave the body during the day to eat the food and nurture itself.

When the Ba left the body of the deceased to consume food, it would also be able to meet up with the Ka. This reunification led to what the Egyptians termed as ‘akh’. However, the Ba would also return to the body every night. For this reason, the Egyptians believed in mummification.

The plural of Ba is Bau. This term was usually used in association with deities. Such as when someone attributed a miracle, or an answered prayer to a deity. If you’ve been thinking about what does Egypt represent spiritually, then you’ve probably found your answer already.

The Egyptians represented the soul as a human head on the body of a bird. Often, these were depicted as flying away from tombs, showing the ability of the Ba and the Ka to leave the body.

Many of the spiritual knowledge and teachings of the Egyptians continue on to this day. People across the world have also continued to show their enthusiasm for Egyptian religion and spirituality.

Conclusion: What Does Egypt Represent Spiritually?

What does Egypt represent spiritually? From its ideas on afterlife, to how the Egyptians viewed the soul, much of their daily lives was closely associated with spirituality.

The Egyptians believed that the soul continued to live after death. They lived their lives in accordance with the principles of Ma’at, which allowed the cycle of life to continue. The Egyptians also believed that if they lived good lives, then they could enjoy a good afterlife as well.

The Egyptians thought that two parts of the soul, the Ba and the Ka, continued to live on after death. The Ba in particular, returned to the body every night. That was why they practiced mummification, to ensure that the body was maintained as much as, and for as long as possible. A polytheistic culture with strong spiritual beliefs, a lot of the old Egyptian customs have continued to survive to this day.